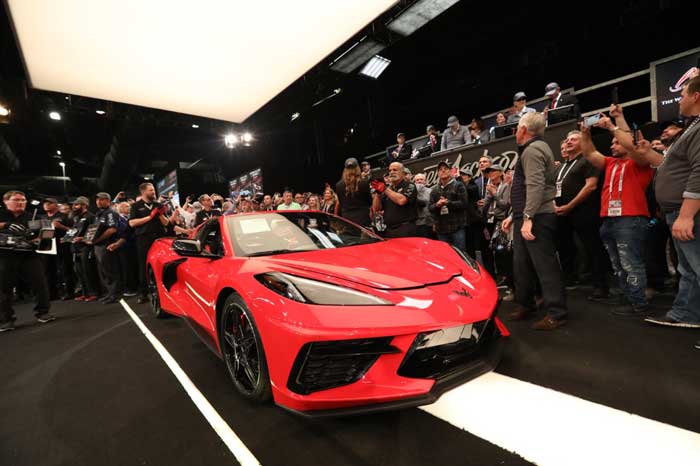 Chevrolet donated the very first production 2020 Corvette Stingray to charity. The car was auctioned off at Barrett-Jackson, and the proceeds went to the Detroit Children’s Fund. When the hammer fell, the car sold for $3 million.

The buyer was Rick Hendrick, the CEO of Hendrick Companies. The car he won at the auction isn’t the one seen in the images. 2020 Corvette VIN #0001 is a black-on-black 3LT with the Z51 performance package.

Chevrolet will start Corvette production in early February at the Bowling Green Assembly Plant in Kentucky and delivers to customers is set for early February. “I am the number one Corvette junkie in the world,” said Hendrick. “Thanks to Chevrolet and Barrett-Jackson, because they always pick charities that are so good and help so many people.”