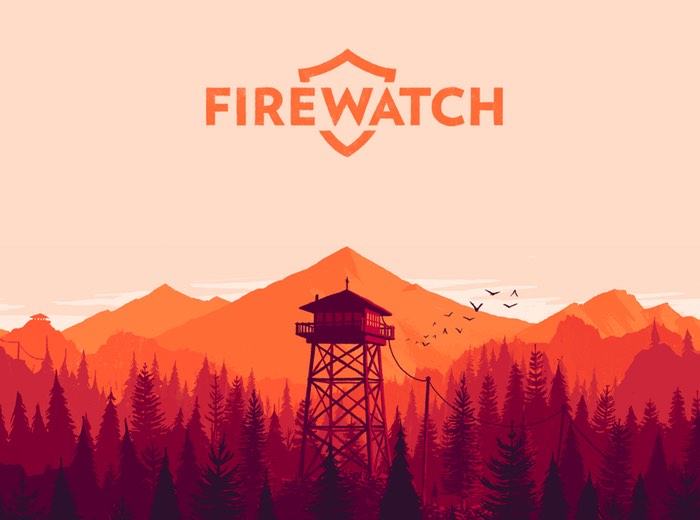 Those of you patiently waiting for the arrival of the new Firewatch PC game to launch or anyone who enjoys first person mystery games will be pleased to know that the title is now available to purchase via Steam at an introductory discounted price.

Firewatch takes the form of a is a single-player first-person mystery that is set in the Wyoming wilderness during the year 1989 and offers clean graphics and what seems to be a great storyline, check out the 17 minutes of gameplay and trailer below for more information.

You are a man named Henry who has retreated from his messy life to work as a fire lookout in the Wyoming wilderness. Perched high atop a mountain, it’s your job to look for smoke and keep the wilderness safe. An especially hot, dry summer has everyone on edge. Your supervisor Delilah is available to you at all times over a small, handheld radio—your only contact with the world you’ve left behind. But when something strange draws you out of your lookout tower and into the forest, you’ll explore a wild and unknown environment, facing questions and making choices that can build or destroy the only meaningful relationship you have.

-Firewatch is a video game about adults having adult conversations about adult things. If you plan on playing with a younger gamer, that might be good to know going in.

– A stunningly beautiful wilderness environment that expands as you explore.
– A tailor-made story: the choices you make shape the narrative and build relationships.
– An edge-of-your-seat mystery.
– Secrets and discoveries to be made over every hill.
– Living, breathing characters brought to life by Cissy Jones (The Walking Dead: Season 1) and Rich Sommer (Mad Men)
– A spectacular wilderness environment by Olly Moss (Illustrator) and Jane Ng (The Cave, Brutal Legend)
– A thrilling story and script by Sean Vanaman and Jake Rodkin (The Walking Dead: Season 1, Poker Night at the Inventory)
– A stirring original soundtrack by Chris Remo (Gone Home)
– Fluid first-person animation by James Benson (Ori & The Blind Forest)
– Gameplay scripting and design work by Patrick Ewing (Twitter) and Nels Anderson (Mark of the Ninja)
– Programming by Will Armstrong (Bioshock II), Ben Burbank (Costume Quest 2, Space Base DF-9), and Paolo Surricchio (Deadpool, Call of Duty Advanced Warfare)