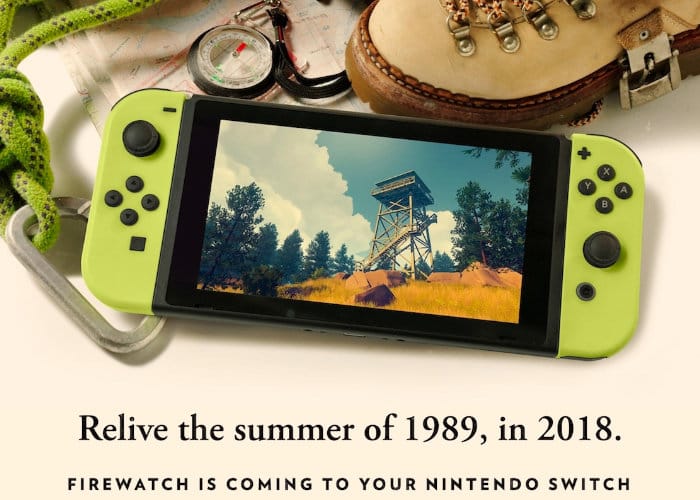 Nintendo Switch gamers will soon be able to enjoy the indie sensation Firewatch which launched back in 2016 on PC, PlayStation 4, Xbox One and Linux systems. To recap the adventure takes the form of a first-person mystery adventure game developed by Campo Santo and published by Campo Santo and Panic during which you take on the role of Shoshone National Forest fire lookout named Henry in 1989, Yellowstone fires of 1988.

Now Campo Santo will be launching the game on the Nintendo Switch platform although a specific release date has not yet been confirmed. “We’re lucky to be able to keep investing in and supporting a single-player game that came out over two years ago, and we’re more proud of Firewatch than most things we’ve made in life. We want it to be found and enjoyed by as many people as possible” Reads the announcement on the game’s official blog site. “When will it be out? All we can say is “soon!” Reengineering the sprawling meadows and towering trees of Firewatch’s wilderness to play perfectly on new hardware is no small engineering task.”