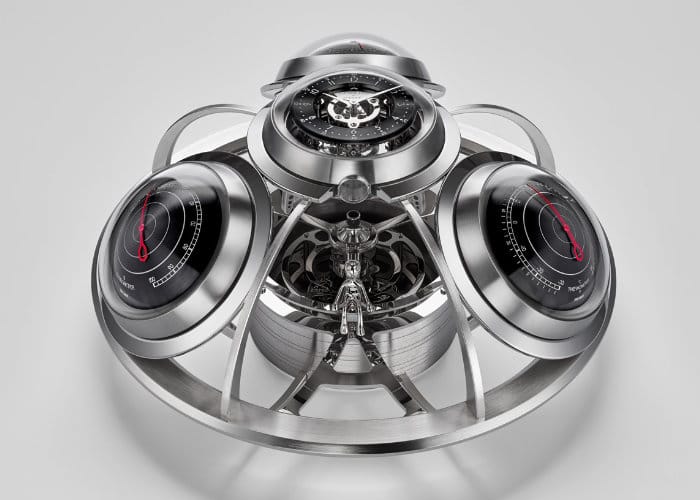 The Fifth Element takes the form of an intergalactic horological weather station and is now available to purchase priced at around $54,000. The weather station consists of four elements taking the form of a clock, barometer, hygrometer, and thermometer all combined to a “mother ship with Ross, the alien pilot, to create an entity much larger than the sum of its parts: The Fifth Element”. Watch the video below to learn more about its design and construction.

The weather station consists of over 500 individual components and has been made possible thanks to the L’Epée 1839, which mastered the precision manufacturing of the intricate series of “curves and circles within circles that make up the large structure”. 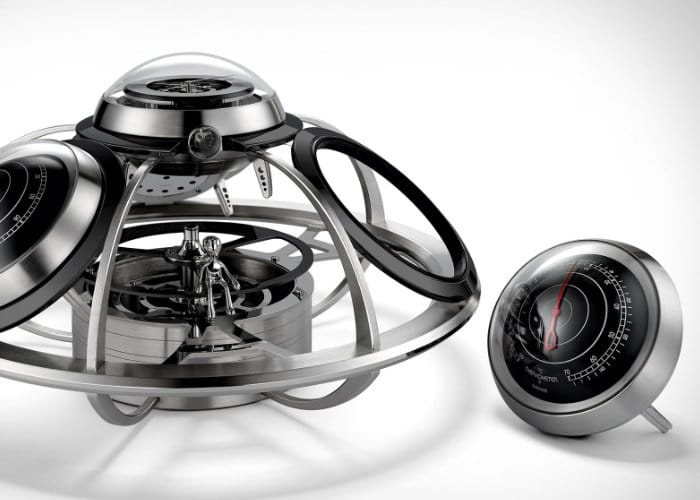 “Thanks to the Fifth Element’s own manually-wound, air-regulated movement, Ross rotates around the mothership’s cockpit checking that the skies are clear of both clouds and hostile invaders. The structure of the Fifth Element is milled from solid blocks of brass in a process taking many hours. Its large size makes manufacturing and decoration even more challenging.”

The weather machine measures 376 mm in diameter x 209 mm in height and is constructed from stainless steel, brass, glass and bronze, weighing 15 kg. The clock, barometer, hygrometer, and thermometer can be removed from the main “mothership” and used as individual stand-alone components. For more information jump over to the official website by following the link below.