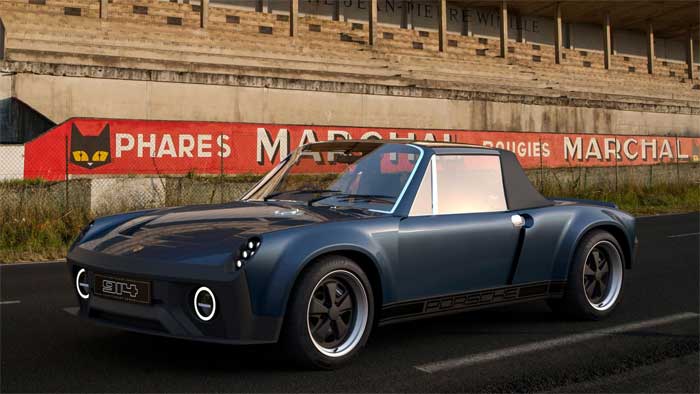 If you took a bunch of fans of Porsche cars and asked them which vehicle is their favorite, few would probably say the 914. It’s one of the iconic Porsche models that are rarely seen today that were in abundance in years past. The UK design firm has a new concept based on the Porsche 914 that re-creates the vehicle using a Cayman S.

The mid-engine car will feature the engine and six-speed gearbox from a second-generation Porsche Cayman S. That would mean a 3.4-liter flat-six making 300 horsepower. It should make for a very fast car as that’s considerably more power than the original 914 offered.

Fifteen Eleven Design also uses a lightweight stainless steel exhaust system and the suspension architecture from the Cayman. The suspension is tweaked further, including adjustable coil-overs and Brembo brakes. Carbon fiber body panels are fitted to the car, and LED headlights replace the original pop-up lights. Other features include a targa top and an adjustable rear spoiler. The company will make the car in the left or right-hand drive. It’s unclear when the first will be delivered and how much it will cost.