Fifa, the football governing body, recently launched their own dedicated mobile applications for iOS and Android that allows users to keep with the latest happenings in the world of football, ahead of the World Cup 2014 Final Draw.  With the application, you can also follow match statistics during the upcoming Fifa World Cup 2014, which will take place in Brazil and begins from June 12 and will go on until July 13th. 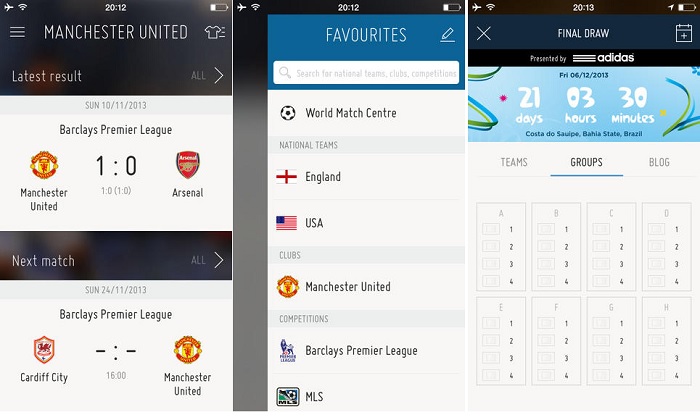 The application provides users with tons of football-related stuff, including news, videos, photos and match results from over 200 leagues. The application gives users the ability to personalise World Match Centre with their favourite teams, competitions and clubs to make sure they never miss anything related to them. Additionally, you can also check out FIFA rankings, global highlights, team information and much more.

Last but not the least, the application will allow football fans to watch 2014 Fifa World Cup Brazil Final Draw live on December 6th within the app and witness the fate of their national team in real-time. After the Final Draw is finished, user can follow match schedules, exclusive destination guides for Brazil and team profiles within the app.

The application is available for iPhone, iPad and Android, and can be downloaded free of cost.