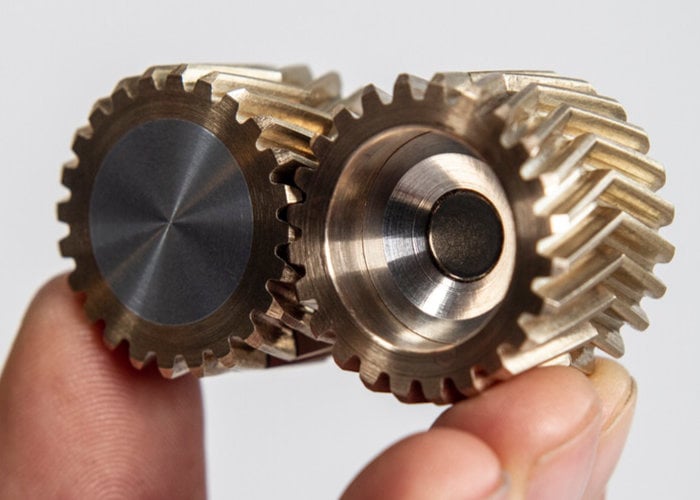 The engineering team at MetMo Cube have created an aluminium herringbone-gear fidget toy called Helico, offering the world’s first helical gear fidget toy. Launched via Kickstarter this month the project has already raised three times its required pledge goal thanks to over 360 backers with earlybird pledges available from just £59 and worldwide delivery expected to take place during June 2020.

“We set out to create the ultimate desk toy, injecting as many awesome features as physically possible, then stripping out anything that was overly complex or straight up didn’t meet our stringent fiddle criteria. What’s left are the best elements of every fidget toy you’ve ever owned. Bold but we think true 🙂 Helico has everything you could want from an executive desk toy; magnets, detachable spinning top, ball bearings, interlocking gears, bits that spin, solid metal construction, striking visuals that intrigue the eye and a gear you don’t see outside of sports cars and hydroelectric dams.”

“When you get bored of spinning, why not try some gear fiddling? Or maybe some new dexterity tricks? Failing that, you can annoy your colleagues with some clicky magnet action!”