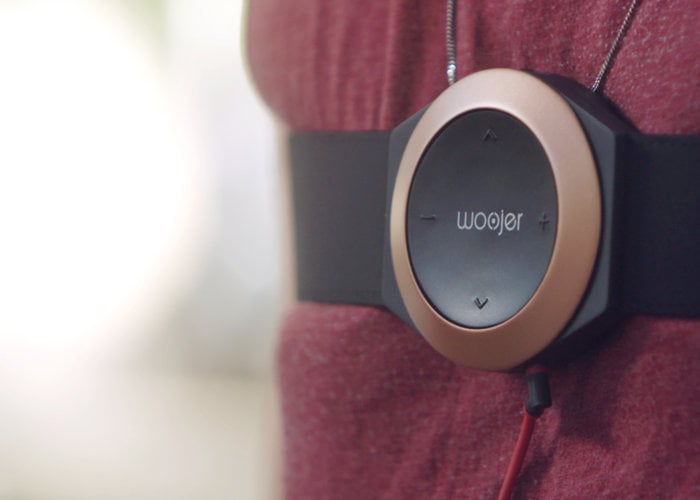 If you would like to become more immersed in your virtual reality, games or music you may be interested in a new system specifically designed to enable you to feel your music. Woojer Edge Has been created to provide users with an immersive experience and is now available to back via Kickstarter with earlybird pledges available from $99 or roughly £82.

Watch the demonstration video below to learn more about the Woojer Edge immersive sound system which is compatible with PCs, Apple Macs, Android, iOS, PlayStation, Xbox, Switch and Oculus and Vive VR systems.

“The following video shows real reactions of users experiencing Woojer Edge for the first time. All were filmed at E3, along Venice Beach, and Hollywood Boulevard in June 2019. Forget just hearing sound. We’re enabling you to feel sound. Woojer is a progressive sensation that boasts an amplified level of immersion. Imagine standing right next to a huge bass cabinet. You know that oomph you feel in your body? That energy pulsing into your bones? That’s what Woojer feels like. It gives you everything that your headphones simply can’t. “

“We’ve rigged this series with CRS APTX low-latency Bluetooth 5.0 connectivity and Texas Instruments built in analog headphone amplifier. We played around a bit with the arrangement of the transducers, improved the Osci, and kept the incredible sensation to ensure that the Woojer Edge Series is for everybody. “