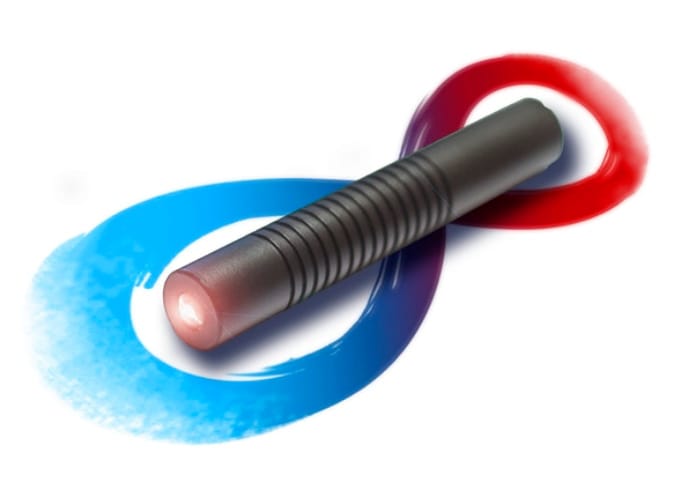 Faradeus is a new flashlight that requires no batteries and self charges as you move. Watch the demonstration video below to learn more about the unique technology inspired by Michael Faraday. Machined from a single piece of aircraft aluminium The small pocket flashlight is both shock and water-proof. Energy in Faradeus is stored in supercapacitor that has guaranteed 100,000 cycles of recharging.

The self charging Faradeus flashlight is this week launched via Kickstarter and is now available to back with early bird pledges available from $45 or roughly £34. If all goes well and the campaign raises the required $7,000 to make the jump into production. Worldwide shipping is expected to take place during December 2018.

“Faradeus doesn’t need any batteries or external charging. It’s power source is inside. Supercapacitor that powers LED is charged by shaking. Electromagnetic or magnetic induction is the production of an electromotive force (i.e., voltage) across an electrical conductor in a changing magnetic field. Michael Faraday is generally credited with the discovery of electro magnetic induction in 1831.”

For more information and full specifications as well as a list of all available pledges jump over to the official Kickstarter campaign page by following the link below.