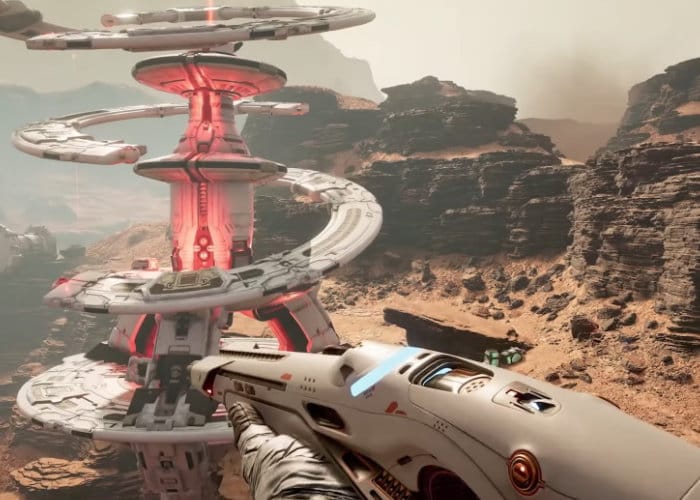 In just under a week’s time on July 17th, 2018 Far Cry 5 gamers will be able to enjoy new content as they are whisked off to the red planet for the Far Cry 5: Lost On Mars adventure. The second DLC from the Far Cry 5 Season Pass allows you to battle space aliens and a new teaser has been released by Ubisoft to whet your appetite for the new content arriving later this week.

“When Nick Rye agrees to help Hurk out of a jam, he never expects it will lead him outside of Hope County … and all the way to Mars! Teleported to a hostile planet and with only Hurk by his side, Nick must master powerful technology to battle alien arachnids and restore power to ANNE – a futuristic AI who represents humanity’s last line of defence against eight-legged invaders with Earth in their sights.

Soar over the dunes and canyons of Mars with a jet pack, blast deadly arachnids with lasers – and save mankind while you’re at it. Lost on Mars is a Far Cry adventure that’s truly out of this world. Leave Earth behind and go toe-to-claw against Martian arachnids to save the world from an alien invasion. Far Cry 5: Lost On Mars is available on July 17, 2018.”