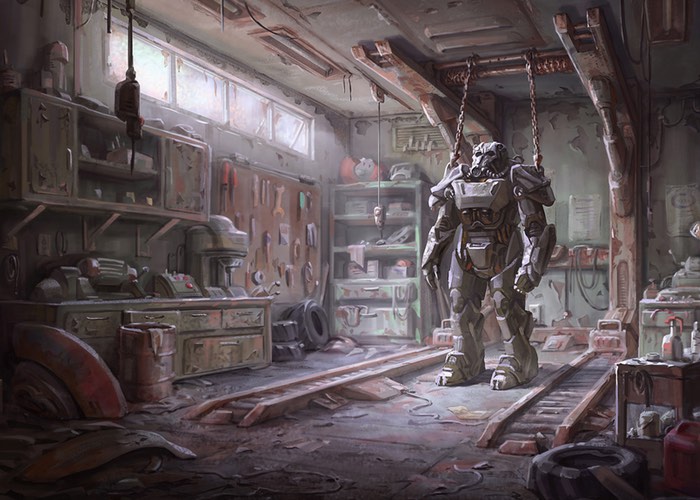 In an interview with Todd Howard discussing Fallout 4 what you can expect from the game’s DLC is in the future as well as modelling and its new survival mode. The games developers have revealed that PC modifications will be fully supported from April this year onwards.

In the comprehensive interview carried out by the Game Informal website a few hours before Howard and members of Bethesda Game Studios’ accept Fallout 4’s Game of the Year honours, more details have been revealed about what you can expect in the next updates and patches to be released.

You said you are going to beta test Survival Mode. How is that going to unfold?

That’s going to be something different than we usually do. Survival mode has a lot of changes that can be pretty dramatic. Once we get it honed where it’s working well enough, we’re going to put it on Steam beta for a while. ‘Here it is. Start playing it. Give us feedback.’ It’s far easier to update and iterate on [PC]. Once we settle on it, then we’ll release it for PlayStation 4 and Xbox One. We want to get it up soon on Steam beta. It’s not going to be months and months off. If it’s not really working, and we need to iterate on it, it may stay in beta for a month, depending on what we are changing. But we want to make it have the game feel different. The bits we’ve done, and me recently playing it, it’s absolutely some of the most fun I’ve had playing Fallout. I mean that honestly. It changes it in a good way for me, but it might not for everybody.

We’re doing things like you can’t save, it only saves your game when you sleep. You can’t fast travel. There’re all of these diseases. We’re trying it all. It’s a different experience. We’re not trying to make it a ton harder. It’s harder because you’re doing more things. We want the combat to feel different, as opposed to just being a bullet sponge.

When can we expect to see mods, especially on console side?

Our goal is between the first two DLCs. It’ll go up at that time on PC. In April. All of that stuff will go up on PC. People are beta testing it. There’ll be a lag on consoles. We want to get it up on PC and have it work. It’ll probably be a good month before it hits Xbox One, and another month for PlayStation 4.

For the full interview jump over to the Game Informer website via the link below.