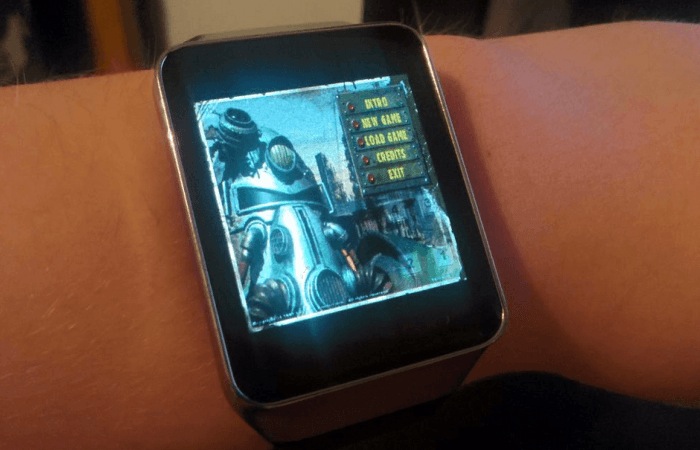 Over the past few weeks 16-year-old hacker and developer Corbin Davenport, has been busy loading a number of different applications and operating systems onto his Samsung Gear Live smartwatch.

After seeing the footage of the applications running on the Gear Live smartwatch the Android Authority website dared Corbin to install the iconic Fallout 1 game onto his smartwatch.

Not to refuse a challenge Corbin wasted no time installing and publishing video footage showing his skills and the ability to load the retro game onto the Android Wear smartwatch.

However as you can see from the video footage below ,and as you might have already expected the processor and hardware within the smartwatch are not really capable of allowing users to play the game. Although it does prove that the young developer can risen to the challenge set by Android Authority and installed the game.

For more information on the hacking exploits of this young developer jump over to the Corbin Davenport website for instructions on how to do this yourself and more details.