The fake Spotify app is being sold for $9.99 or £0.79 through the Windows Phone Marketplace, and for your $0.99 all you get is some music news feeds, so basically the app is a complete scam. 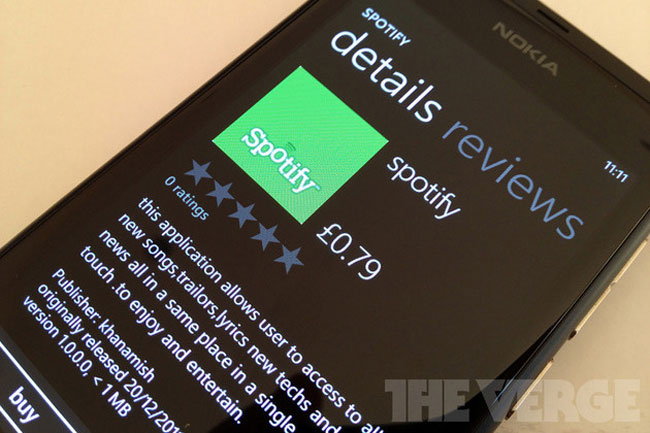 Hopefully Microsoft will have this fake app removed from the Marketplace shortly, although according to the guys from Wpcentral, the app has been there since the 20th of December.