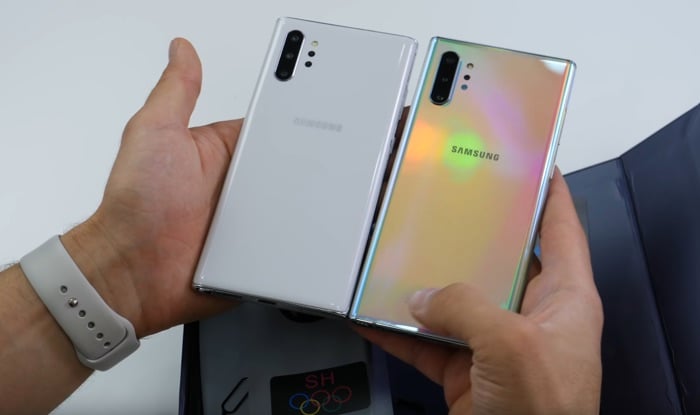 We have seen a number of fake smartphones like the fake iPhone 11 and now we have a video of another one, the Samsung Galaxy Note 10+.

In the video below from EverythingApplePro we get to have a look at a fake Note 10+, lets see how close it is to the real handset.

As we can see from the video the handset does look similar to Samsung’s new flagship, although you can clearly tell the difference between the two devices.

Obviously the fake handset does not have the same hardware inside like the Note 10, Samsung’s device comes with the latest high end hardware.