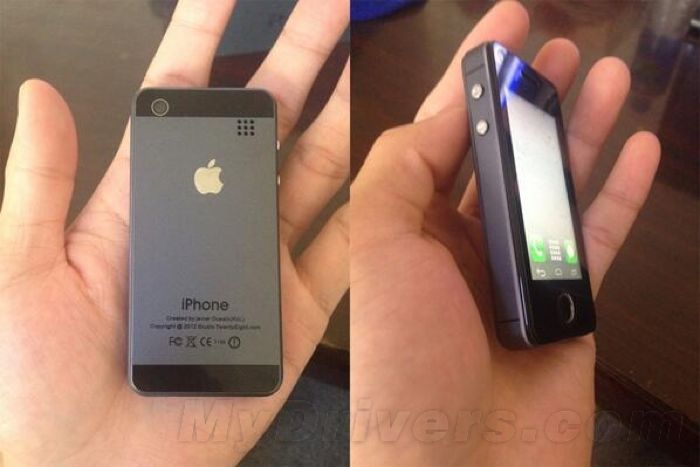 Forget the new iPhone 6, what you need is the iPhone 5S Mini, no it is not an actual device produced by Apple, instead it is a cloned version of the iPhone 5S which has been shrunken down and launched in China.

Apple is rumored to be making larger iPhones with the new iPhone 6, although it would appear that the clone makers in China thought a smaller device would be better, as we can see in the photo above.

There are no details on the specifications on the cloned, shrunken down version of Apple’s iPhone 5S, which is probably not a bad thing.

Who knows, after Apple see’s this smaller cloned version of the iPhone 5S, they may decide to ditch their plans for larger devices, and instead launch a smaller iPhone 6 with a 1 inch display, although somehow I doubt it.