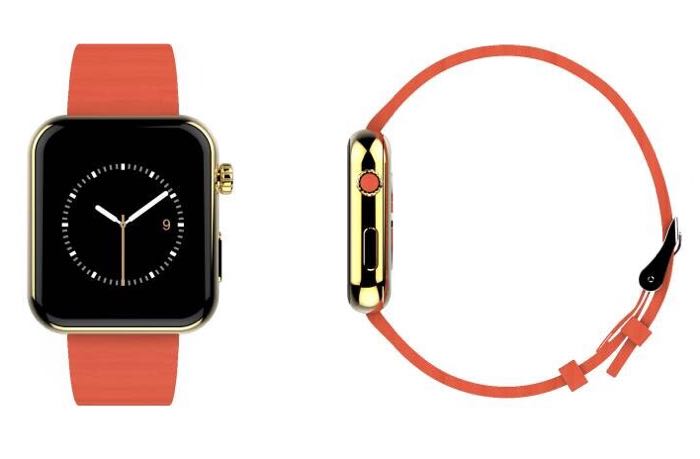 The Apple Watch hasn’t even launched yet, the device is expected some time in March, and now a fake Apple watch has turned up at this years CES.

A Chinese company called Hyperdon is selling a fake Apple Watch at CES, the device costs $27 and Karissa Bell from Mashable bought one at CES.

As you can see from the photos the device looks very similar to the Apple Watch, the design is almost identical to Apple’s design.

The fake Apple watch is called the Smart Watch, the company has the device listed on its website as the Hyperdon A8, and Karissa from Mashable was able to connect the device to her iPhone 6 and make and receive calls with the device.

We suspect there will be more of these counterfeit Apple watches being sold in the future, as various Chinese manufacturers have cloned Apple’s iPhones in the past.