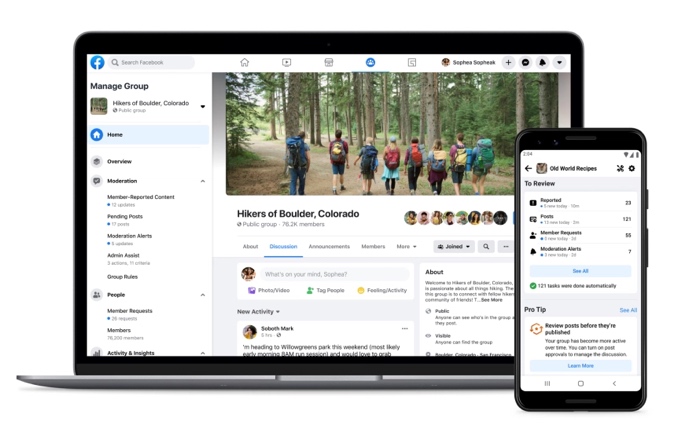 Facebook has announced that it is launching a new range of tools for Facebook Groups, the tools are designed for the people who run and maintain these groups.

According to Facebook there are more than 70 million active admins and moderators running various groups on the social network.

There are more than 70 million active admins and moderators running Facebook groups around the world, and what they do every day is at the heart of Facebook’s mission of building community and bringing the world closer together.

In fact, four years ago this month, we held our first Facebook Communities Summit in Chicago, where we announced this updated company mission with hundreds of group admins, and shared new features to nurture their communities on Facebook.

Some of the new tools include a new Admin Home feature where you can see all of the tools, posts, reported comments and more all in one place.

There are also new tools to help admins deal with moderation of comments with a new Admin assist feature and more. Admins can now also tag group rules in comments and posts to make them easier to see.

You can find out more information about all of the new tools for Facebook Groups over at Facebook at the link below.