Facebook has finally launched their much rumored iPad app, and they have also updated their iPhone app and made changes to their mobile web app, and the Facebook iPad app comes with a range of features that we have already seen on the iPhone version.

The Facebook iPad app feature a navigation and UI which is designed to make it easy to use Facebook on your iPad, and you can easily view photos from Facebook in a similar way to the photo app on the iPad. 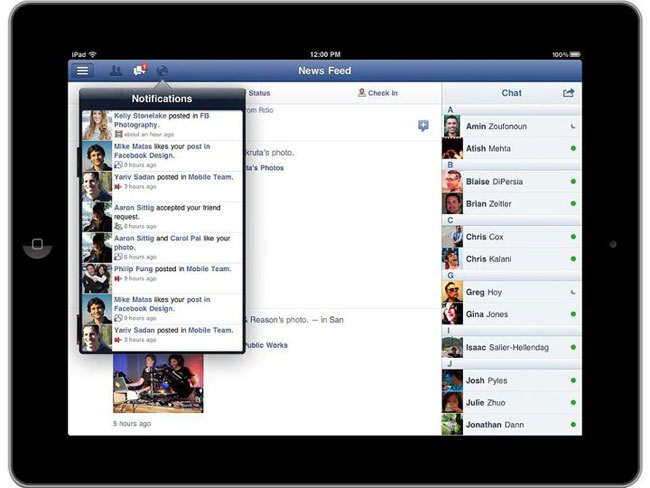 You can also chat with your friends and play games and use apps in full screen mode, plus watch videos and also record HD video and stream to Airplay devices.

The Facebook iPad app is available for free from iTunes, and you can find out more information about all its feature over at the Facebook Blog.