Statistics from Insider Networks and AppData are reporting that an error within Facebook has been showing incorrect data for its Twitter Application by a massive deficit. A recent update to Facebook now seems to have corrected the issue with users of the Facebook Twitter App jumping from a meager 250,000 to well over 6 million monthly active users. 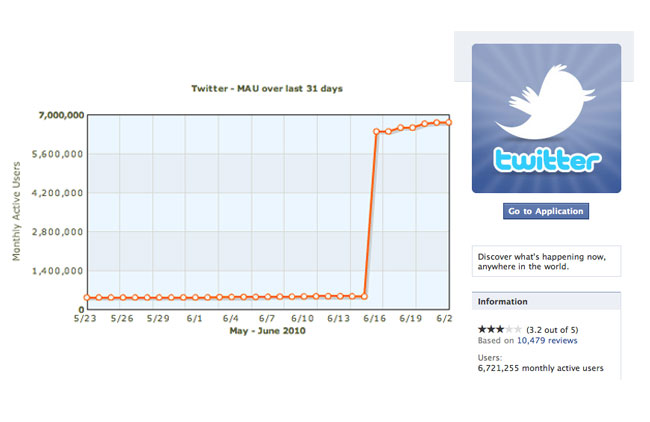 6.7 million active monthly users puts the Twitter app in 40th place on the Facebook app league and being a rival of  Facebook this figure is now looking more significant for CEO Mark Zuckerberg who recently admitted that he has spent to much time thinking about this rival network over the last year and a half. You can read the full interview here at Inside Facebook. 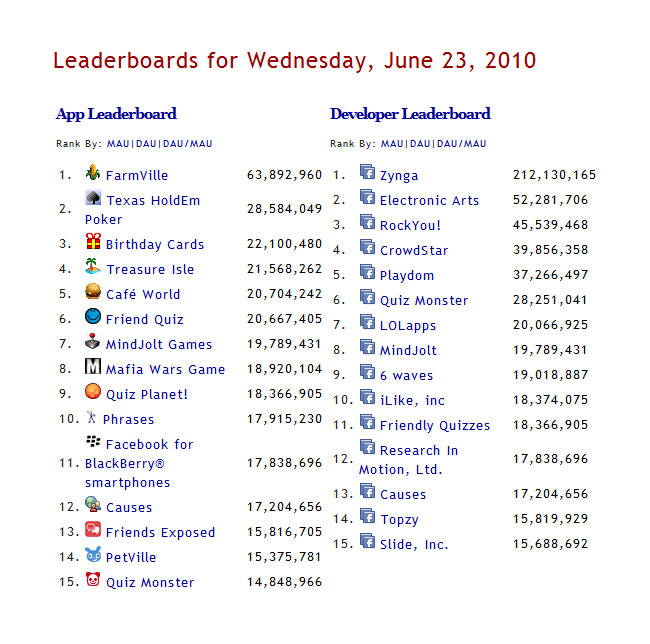