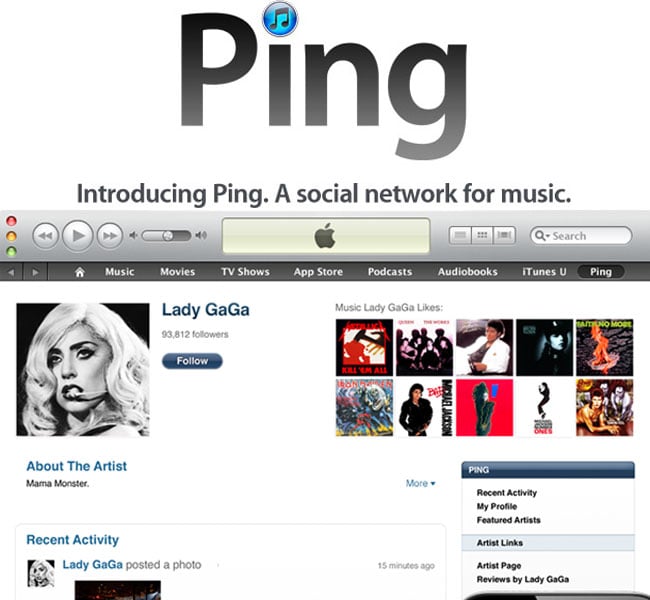 Normally access to Facebooks API doesn’t require any sort of agreement, the time when it does require an agreement is when a service will access Facebook’s API a lot, and that would apply with Ping.

Apple and Facebook have been in discussion, although it seems they couldn’t come to an agreement, and Steve Jobs even told Kara Swisher of All Things D that Facebook had ‘onerous terms’.

It seems that the reason that the Facebook integration was shown in the demo, is that Apple went ahead an used Facebook’s API without coming to an agreement, and then Facebook has subsequently blocked Apple’s iTunes from accessing their API.

It will be interesting to see if Apple and Facebook can come to an agreement which will suit both parties, if Apple want Ping to success they will need to offer integration with a range of social networks.