Yesterday the guys over at Tech Crunch discovered that Facebook’s much anticipated iPad app was actually available in their Facebook iPhone app, and it could be activated with a few modifications.

Well it looks like Facebook doesn’t want people to use the Facebook iPad app until they officially release it, and it would appear that Facebook has now blocked the app, and the workaround to get it running no longer works. 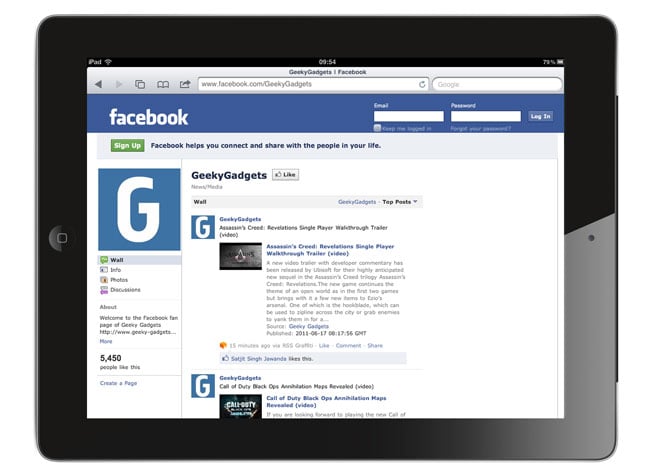 It would seem that the people who managed to get the app working initially are still able to use the app, and it is just people who are trying to activate at the moment that are being blocked.

We still don’t have any details on when Facebook will make their new iPad app officially available, lets hope we don’t have to wait much longer until it is released.