A new system to help the blind has been developed called EyeMusic, by a team of researchers at the Hebrew University of Jerusalem. The new EyeMusic sensory substitution devices (SSD) converts images in to music, enabling the visually impaired to “see” using music.

The team of researchers and developers have programmed EyeMusic with a number of algorithms that use different musical instruments for five different colours, providing the wearer with music as the camera passes over colours. 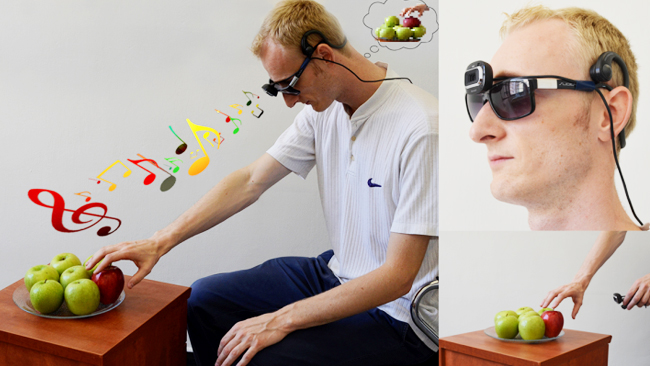 “We demonstrated in this study that the EyeMusic, which employs pleasant musical scales to convey visual information, can be used after a short training period (in some cases, less than half an hour) to guide movements, similar to movements guided visually,”-“The level of accuracy reached in our study indicates that performing daily tasks with an SSD is feasible, and indicates a potential for rehabilitative use.”

For more information jump over to the AlphaGalileo Foundation website for details.