Some of these things you know, others you didn’t, like Gary Oldman lending his voice to the new pool of characters. 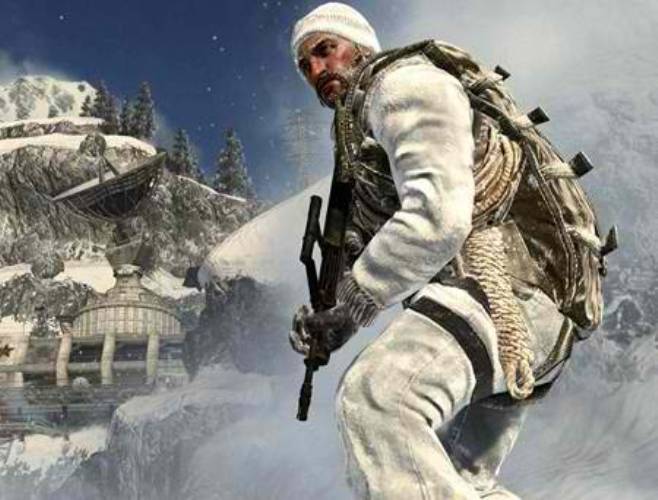 The stuff you should know in the name of hype:

But the most pressing concern bedeviling us is the big question regarding one of Call of Duty’s most enduring characters: Captain Price. More specifically, see that pic above? The dude has a startling resemblance to Captain Price. Hmmmmmm.

Despite claims that it’s an all new cast starring in Black Ops, we can’t help but wonder. Keep in mind, the SAS sniper who loomed large in both Modern Warfare installments was kinda old by the time he became acquainted with his protégé, Soap MacTavish. We’d like to know if the retrogressive storyline of Black Ops, which is based on super-secret Cold War missions 30 years ago, will introduce a younger version of the good ole cigar-chomping Cap’n Price and his boonie hat. Supporting this theory is the confirmed inclusion of the SAS in the Black Ops storyline.

And yes, (again) that dude in the pic above is a dead ringer for Captain Price. We wonder.