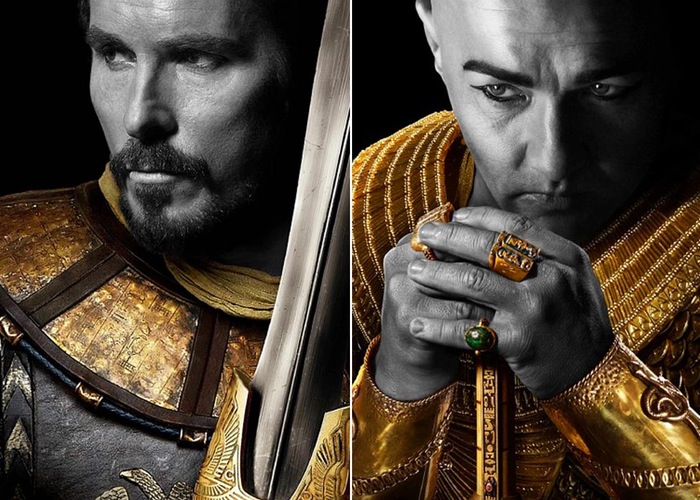 A new trailer has been released this week for the upcoming epic movie Exodus Gods and Kings from director Ridley Scott, who also directed movies such as Gladiator, Alien, Robin Hood and Prometheus to name a few.

“Exodus: Gods and Kings, is the story of one man’s daring courage to take on the might of an empire. Using state of the art visual effects and 3D immersion, Scott brings new life to the story of the defiant leader Moses (Christian Bale) as he rises up against the Egyptian Pharaoh Ramses II (Joel Edgerton), setting 600,000 slaves on a monumental journey of escape from Egypt and its terrifying cycle of deadly plagues.”

The new movie will be launching into theatres worldwide on December 12th 2014. The story of the battle was filmed back in 1956 in the movie The Ten Commandments and was directed by Cecil B DeMille and starred Charlton Heston as Moses and Yul Brynner as Pharaoh Ramses II.