Gears of War is right up there with uh…we’re not sure. But it’s the best third person shooter around. Maybe even the best of all time if Lost Planet didn’t exist. Moving on, below is a full blown Clayton Carmine collector’s edition figure that’s gonna be outed soon. Real soon. 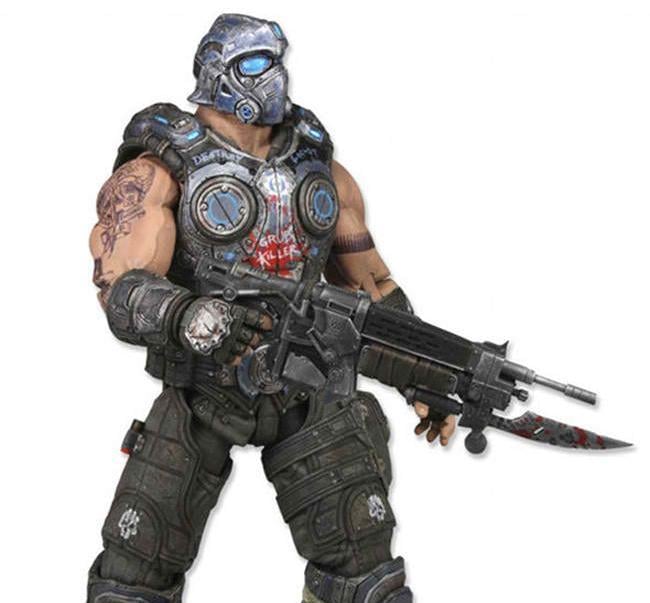 The guys at NECA Toys are responsible for this impressive replica that’s an artful 3D rendering of the game character. For extra authenticity the tattoos and layers of body armor are sculpted in fine detail. None finer than the monstrous assault rifle in Clayton’s hands. Not sure if the fearsome looking bayonet can skewer bugs in real life, but it looks deadly.

Since release is TBA (rumor has it September will see Clayton unveiled to fanboys), expect an update on this front.