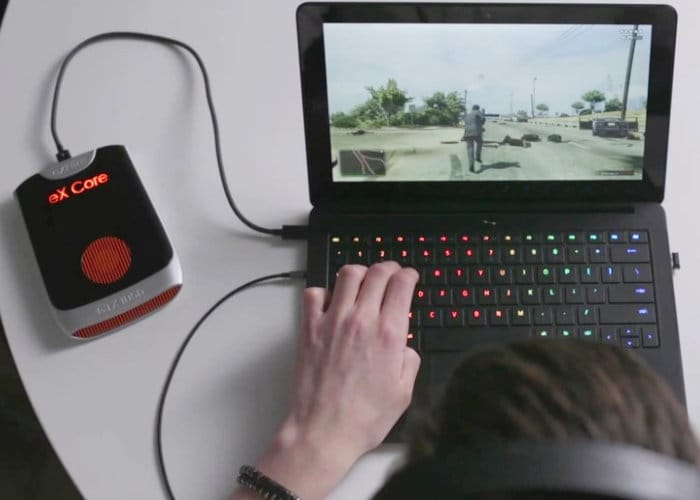 Gamers wishing they could use their laptop to play games but are restricted by the graphical processing power within their portable PC may be interested in a new external graphics card which has been created by exklim based in Montréal, Canada. The eX Core external graphics card has been specifically designed to “revolutionise the computer industry by solving its biggest problem” so the team of developers behind the eX core. Watch the demonstration video below to learn more about the external graphics card that can transform your laptop into a gaming system.

eX core has this week launched via Kickstarter with the aim of raising CAD $80,000 over the next 30 days and is now available to back with pledges starting from CAD$499 super early bird backers. If all goes well in the crowd funding campaign is successful worldwide shipping is expected to take place during July 2018.

Powered by an NVIDIA GTX 1050 graphics card the external GPU offers a factory overclocked at 1680 MHz thanks to the inclusion of its high GDDR5 VRAM memory. For more information, full specifications and a list of all available pledges jump over to the official Kickstarter campaign page by following the link below.