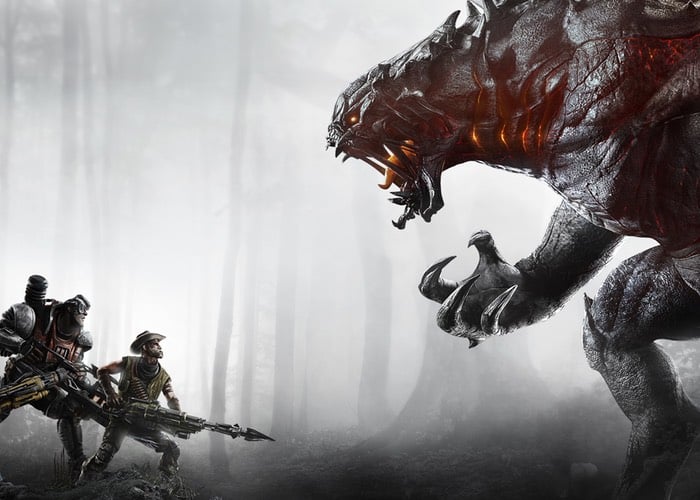 Evolve players that have been patiently waiting for the new monster in the form of the Behemoth two arrive together with the four new hunters, will be pleased to know that from today they are available to purchase and download.

Turtle Rock Studios the developer of the recently launched shooter has also released a new trailer today providing a glimpse of what you can expect from the new monster and hunters.

The Evolve game is also receiving two new maps today that will be exclusively on the Microsoft Xbox One console. But don’t worry the maps will also be made available on the PlayStation 4 and PC versions of the Evolve games from April 30th. Another new mode that is available across all platforms is the “Observer Mode”, that lets a sixth player watch games as they play out.