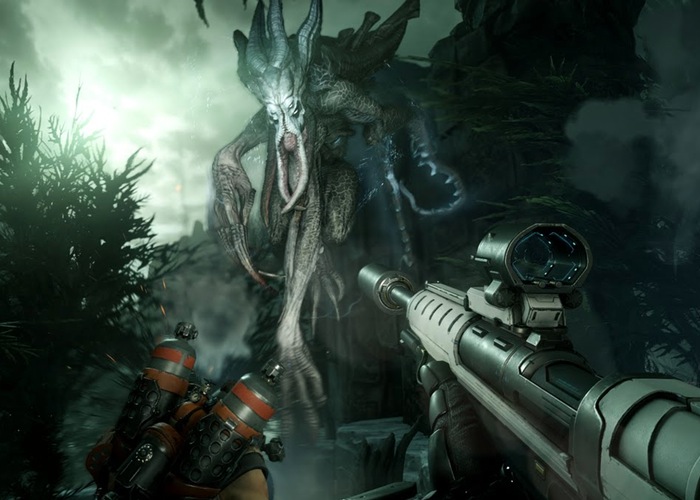 During Gamescon 2014 this week the new Evolve Distillery Map has been unveiled for the new Evolve game that is currently under development by Turtle Rock Studios for PS4, Xbox One and PC.

The New Eveolve game was expected to be launched later this year but has now been pushed back into February of 2015. Check out the trailer after the jump to see the new Distillery Map in action.

Gameplay includes 4 players trying to take down a monster which is also player controlled, and all players have their own unique special abilities.

Evolve will now be launching on February 10 2015 and will be available on both Sony’s PlayStation 4 and Microsoft’s Xbox One next-generation consoles as well as PC systems.