Here on Geeky Gadgets we pride ourselves on being a little geekier than most about technology and gadgets. Now an Evolution of Geek infographic has been created by Flowtown that allows you to see just how you fit into the Geek universe. 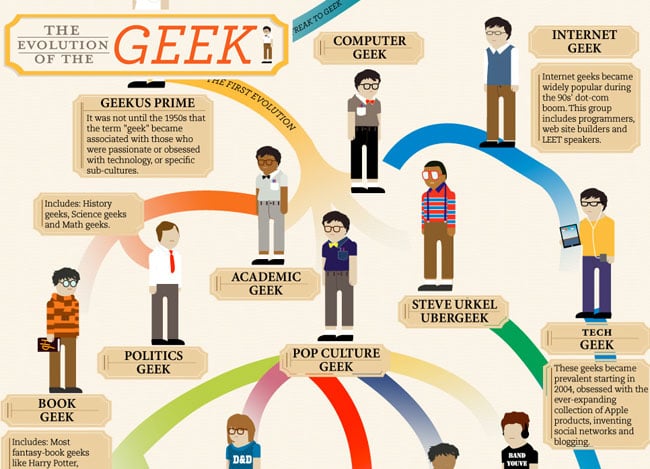 “When one hears the word geek, images are conjured of pocket protectors and nightstands made out of comic books. That old notion of geek-dom has since evolved into a new tech-savy, and dare we say cool geek.”

Let us know where you fit in to the Evolution of The Geek. I’m most definitely an Internet Geek, with a dash of Games Geek thrown in for good measure.