The Google Nexus 5 is the fifth handset to launch in Google’s Nexus range, the first device was the Nexus One which launched back in January of 2010.

This was then followed by the Google Nexus S which launched at the end of 2010 in December, then Google launch the Galaxy Nexus in October of 2011, it came with a higher resolution display and Android 4.0 Ice Cream Sandwich. 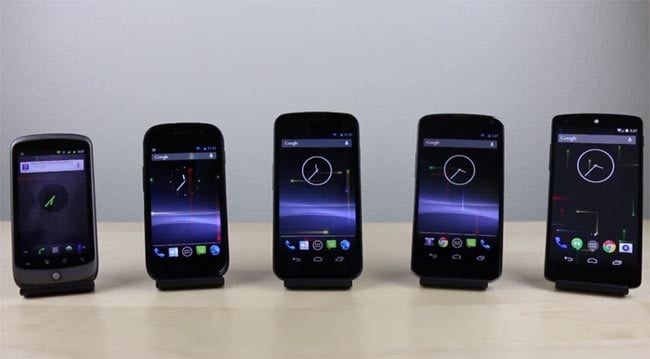 The video below, which was put together by Phone Buff, shows all five of Google’s Nexus smartphones side by side, and it is interesting to see how far these device have moved on since the first Nexus handset launched back in 2010.

It will be interesting to see how Google’s Nexus smartphones change over the next few years, the new Nexus 5 is their most powerful handset to date and it comes with some impressive specifications.