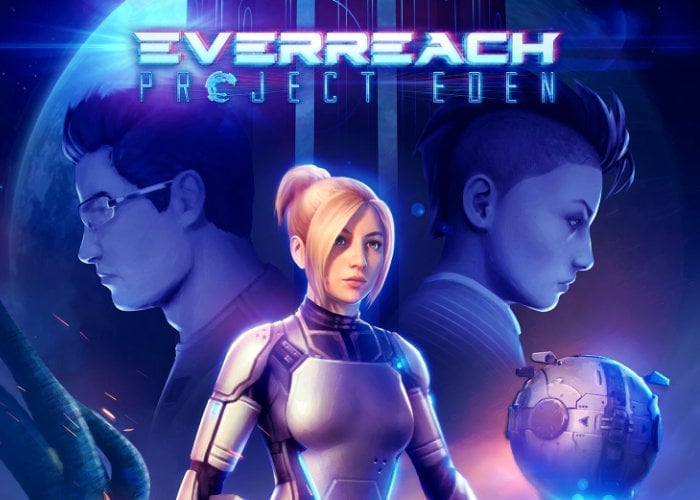 The Everreach Project Eden game is now available on the Xbox One and offers a storyline from Michelle Clough, game writer and former narrative QA for the Mass Effect trilogy. “Packed with tactical ground combat, high-speed vehicular warfare and a compelling level and skill system, Everreach immerses you in its intriguing story and diversified gameplay” say the games creators.

“Everreach: Project Eden is a fast-paced, story-driven action-RPG set on the visually stunning Planet Eden. In Everreach, you play as Nora Harwood, member of Everreach’s Security Division, on a mission to secure the colonization process of Eden and investigate mysterious incidents. Explore this vast alien world and descend into the planet’s depths to discover the ancient secrets of a long-forgotten civilization. Packed with tactical ground combat, high-speed vehicular warfare and a compelling level and skill system, Everreach immerses you in its intriguing story and diversified gameplay.”

– Play as a highly trained security guard specialized in extraterrestrial missions
– Customize your skills and gear through a classical skill tree with over 80 upgrades
– Engage in tactical battles, deploy force fields or use the environment against your foes
– Immerse yourself in 8 hours of story
– Explore Eden’s beautiful vistas designed by Mai-Anh Tran, an artists who worked on movies such as WarCraft and Star Trek: Beyond
– Hop onto your hoverbike to engage in high-speed vehicular warfare