Evernote has today rolled out a new update for its note taking application Evernote for Windows version 4.5.7. Which brings with it a new feature called Activity Stream.

Other new features include expanded teamwork-friendly features that automatic link notebook downloads. Once an invitation to join a notebook is accepted, that Evernote notebook will then download to Evernote for Windows, seamlessly. 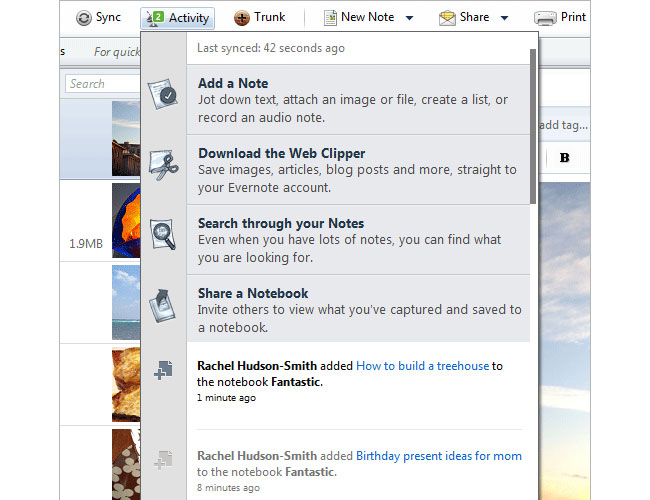 Activity Stream has been created to allow Evernote users to quickly see the alterations they have made in all of their Shared Notebooks. As well as see what others have shared with them as well. Evernote explains:

“It’s important to keep in mind that Evernote will only alert you to the most recent change. For example, if Evernote checks for updates twice, and in that span of time five people made edits to a note, the Activity Stream will show only the last change, not the four before it.”

For more information jump over to the Evernote website and blog post, describing the new Evernote Activity Stream.