If you are patiently waiting for the relase of the new Evasi0n iOS 6.x Jailbreak, you will be please to learn that a tweet has been sent confirming that the team behind the new iOS jailbreak hope to release it within the coming week.

Evasi0n iOS 6.x is a new tool design to easily jailbreak Apple’s range of mobile smartphone and tablets including the iPhone, iPod touch, or iPad running iOS 6.0 or iOS 6.1. 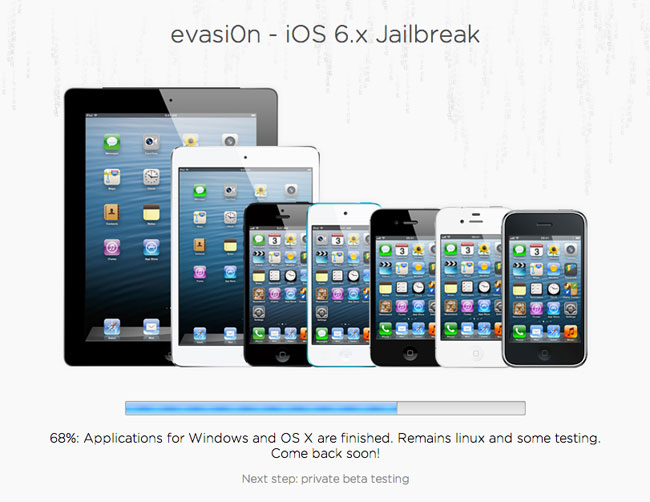 The new Evasi0n iOS 6.x Jailbreak currently in development is an untethered jailbreak, allowing your iOS device to remain jailbroken even after a system reboot, and once your device is jailbroken you can then install custom third party applications that are not available from the Apple iTunes App store.

@planetbeing tweeted :” In terms of release date, we’re aiming for approximately a week out, but it’s possible it will come sooner or later than that.”

For more information on the new Evasi0n iOS 6.x Jailbreak jump over to the Evasi0n website for details, as well as their FAQ page.