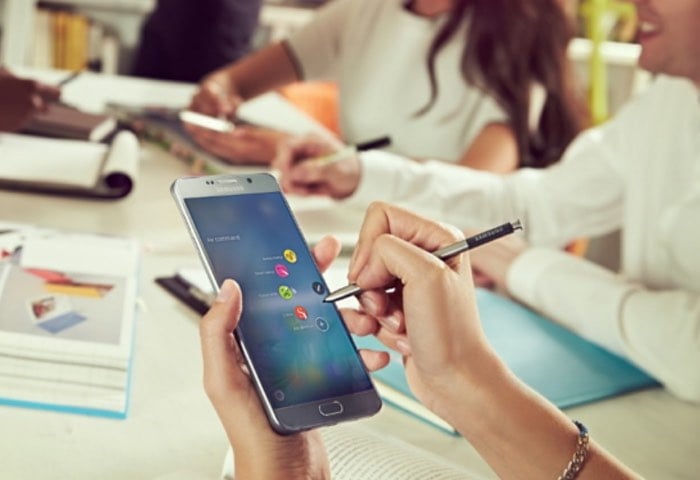 Samsung has yet to announce a European version of their Galaxy Note 5 smartphone, yesterday the device was spotted at the FCC with the model number SM-N920F and now the same device has appeared in some benchmarks.

The Samsung Galaxy Note 5 comes with 4GB of RAM, although the handset with the model number SM-N920F is listed on GeekBench with 3GB of RAM. 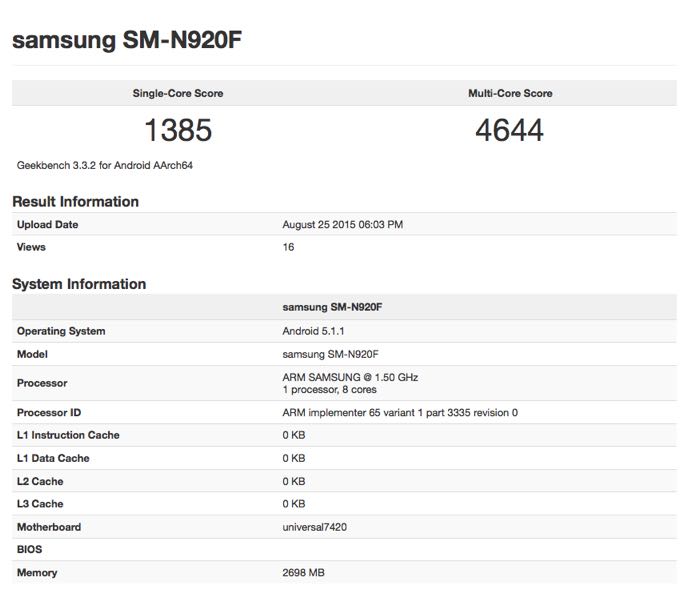 Other specifications on the Galaxy Note 5 include a 5.7 inch display with a Quad HD resolution of 2560 x 1440 pixels, the handset is powered by an octa core Samsung Exynos 7420 processor.

The device also comes with a choice of either 32GB or 64GB of storage, plus a 5 megapixel front facing camera and a 16 megapixel rear camera, a 3000 mAh battery and Android 5.1 Lollipop.

As soon as we get some more information on when Samsung intends top launch the Note 5 in Europe, we will let you guys know.