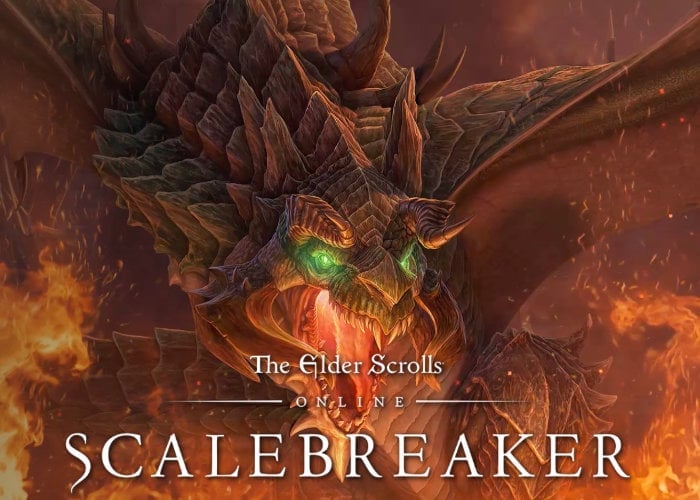 Elder Scrolls Online players patiently waiting for the arrival of the new and highly anticipated Scalebreaker DLC will be pleased to know that it is now available on the PlayStation 4 and Xbox One after previously being made available for PC and Mac systems. The Season of the Dragon continues with Scalebreaker, bringing two challenging new dungeons for you and your team: Moongrave Fane and Lair of Maarselok. Battle a powerful vampire and put an end to the corrupting influence of an all-new Dragon. The fight has only just begun!

“The Halls of Colossus is not the only place that held Dragons. Continue your Season of the Dragon adventure with Scalebreaker, a new DLC dungeon pack that expands upon the events of the Elsweyr Chapter with new stories and challenges. Enter two deadly new dungeons in Lair of Maarselok and Moongrave Fane that sees you race to stop a vampiric ritual and a Dragon’s corrupting blight. The fight for Tamriel has only just begun!”

Now available on PC, Mac, PlayStation 4 and Xbox One, free with ESO Plus membership or for 1500 crowns from the in-game Crown Store. The fourth DLC in the Season of the Dragon will be launched during Q4 2019 and will be called Dragonhold. “Continue your Season of the Dragon adventure with two new stories, exploring the consequences of the Dragon’s return to Tamriel.”