One of them shoots fire and the other is a sidewalk vandal’s dream. Since Razor Scoters he been taking a beating in the popularity department these last few years, the company has been at pains reinventing their iconic product for a new generation. To capture the hearts and minds of today’s younglings (and a few adults who don’t want to pay for gas), two new models were recently unveiled. 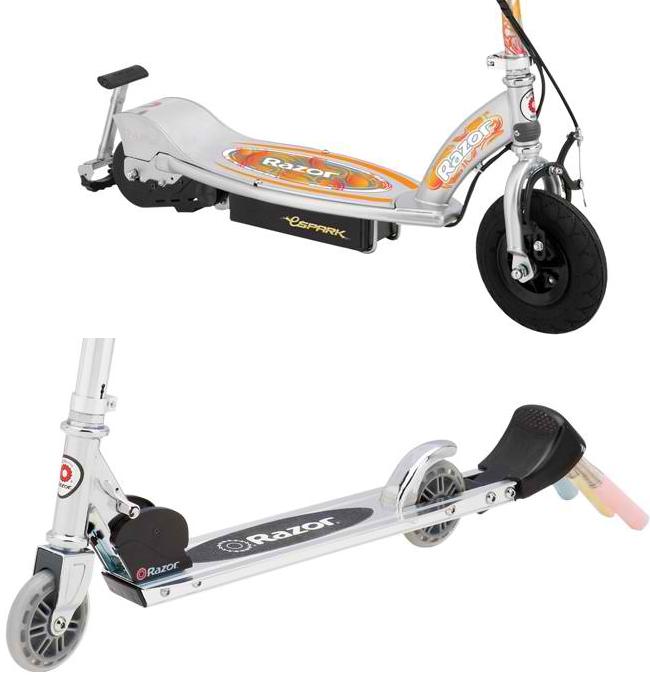 Now look at the pic up north. Below is the Grafitti, which leaves a trail of smeared writing wherever the scooter goes. On top of it is the eSpark, which bles sparks for that fast and furious effect. Wait until the eSpark is ridden around a firework s factory. There’ll be sparks for sure!

It would have been cooler to attach something that goes pew pew at front.

Dumb humor aside, if you like either of these the chalk goes for $59.99 while the eSpark almost thrice that.