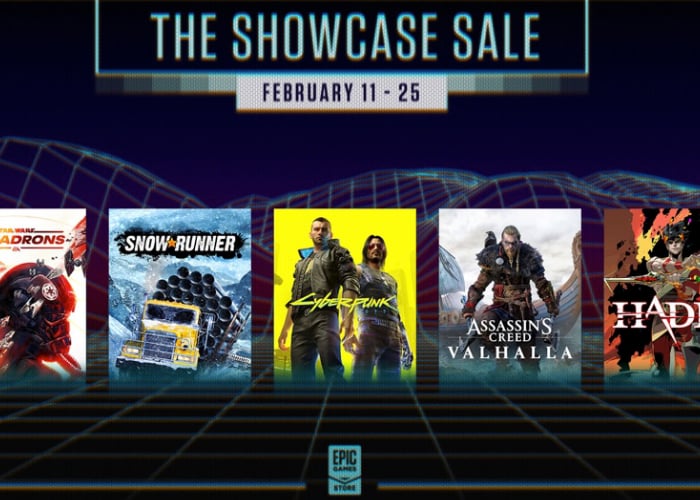 Epic games has this week announced it will be starting its Epic Games Store Spring Showcase and sale in a few days time making bargains available from February 11th 2021 onwards. The Spring Showcase will be available to watch via Twitch on February 11 from 2 PM Eastern, 11 AM Pacific, 7 PM GMT.

The Showcase Sale runs February 11 at 11 AM Eastern to February 25 at 11 AM Eastern, with offers including up to 40% off STAR Wars: Squadrons, 40% off SnowRunner, 10% off the new Cyberpunk 2077 game and up to 20% off Assassinís Creed Valhalla and more. All purchases of STAR WARS: Squadrons include the Fortnite Vanguard Squadron X-wing Glider. Check out all the games that will be included in the Epic Games Store Sale ahead of the events start by following the link below to the Epic Games online Store.

“But thatís not all – STAR WARS Battlefront II owners can continue their adventures across the galaxy with our deepest discounts EVER on these other games set in the STAR WARS universe:”