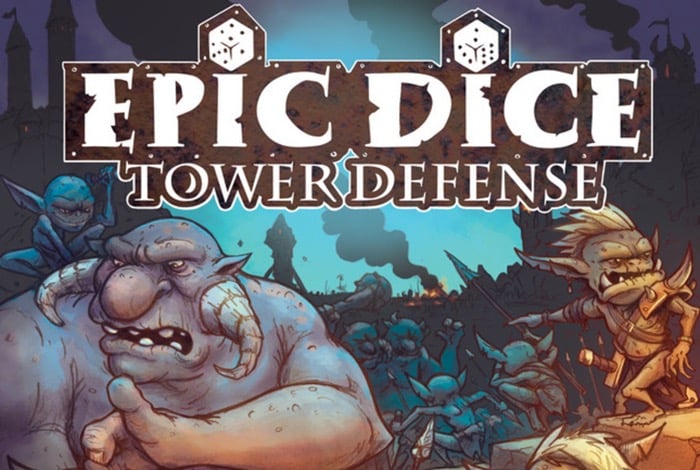 Kickstarter is a great place to back unique board and table top games and hopefully following in the footsteps of the hugely popular Exploding Kittens card game a new dice game has been created launched by Potluck Games called Epic Dice Tower Defense.

Epic Dice Tower Defense takes the form of a strategic, all-dice game that combines your craving for dice rolling and your love of tower defense games, watch the video below to see in played.

“Players: 2-3 (This will go up as we hit stretch goals) – Game Time: 20-40 minutes. Minions, towers and spells are all represented by dice. Players construct towers and hire waves of minions to send against other players.

Each round, player’s roll off to determine turn order for the entire round.  The round consists of a Buy Phase and an Attack Phase. During the Buy Phase, players are allotted five gold.  Players may spend gold to construct towers, re-roll weak towers, hire groups of minions to form waves, or to cast spells.

During the Attack Phase, each player may send two waves of minions against adjacent players.  The entire wave is rolled and minions weaker than the tower are removed.  If a minion equals or exceeds the towers strength, the tower is destroyed.  Each minion type has a specific ability that activates automatically if that minion’s image is rolled on the die.  Different minions are useful under different circumstances, and it is up to the player to decide what group will be most effective as an attacking wave.

When a monster makes it past all opposing towers, the die may be rolled once for a chance to score victory points. The game is over when a player scores a total of 8 victory points.”

For more information on the new Epic Dice Tower Defense and to make a pledge to own your copy jump over to the Kickstarter website for details and pick a pledge starting from $49.