Elroy Project has this week launched a new Kickstarter campaign for their Elroy Bluetooth Earbuds which have been designed to allow you to rid yourself of the annoying cord that comes attached to most headphones, and earbuds, and replace it with a bluetooth unit that clips to your clothing.

Elroy comes equipped with Multipoint technology and can be connected to up to 7 devices. Watch the video after the jump to learn more about the Elroy Bluetooth Earbuds project. 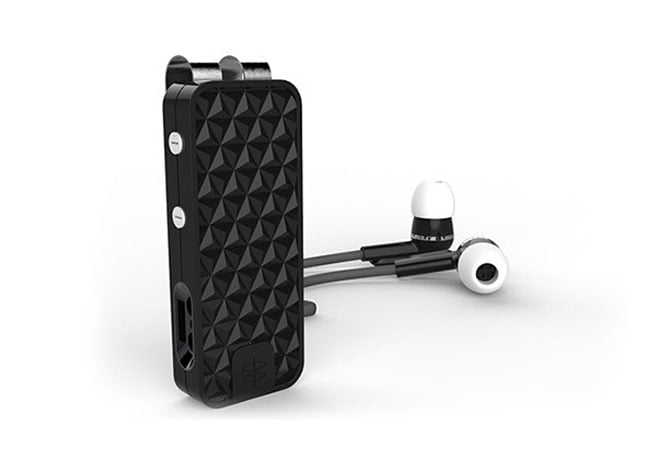 The new Elroy Bluetooth Earbuds have been designed by Timbuk2 founder, Rob Honeycutt, who has created the new earbuds without the lower 2/3 of the cable.

“Wearable technology is becoming an important new form factor in consumer electronics. We’re taking what would otherwise be a dull clip-on bluetooth unit and transforming it into something that becomes a piece of electronic jewelry. Weighing about as much as two US quarters, you’ll easily forget you’re wearing Elroy.”