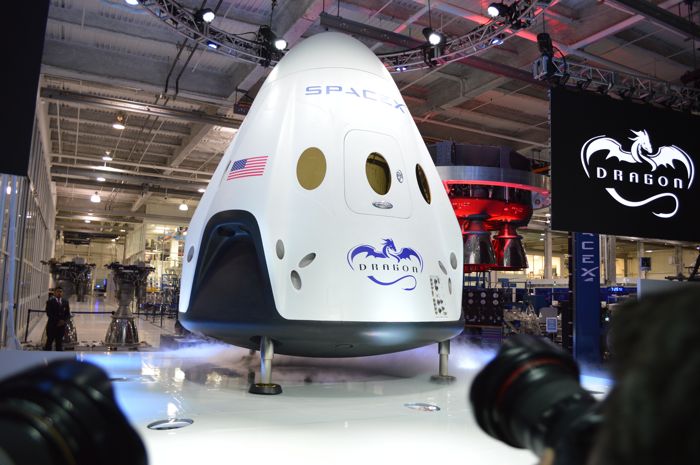 Tesla and SpaceX founder Elon Musk has shown of their latest space capsule, the SpaceX Dragon V2 capsule at the company’s headquarters.

This is the next generation capsule of the Dragon capsule, and it will be capable of carrying up to seven crew members to the International Space Station.

SpaceX have been developing the Dragon V2 capsule over the last few years, with the help from NASA, and it will be used in the future to carry astronauts to the ISS. 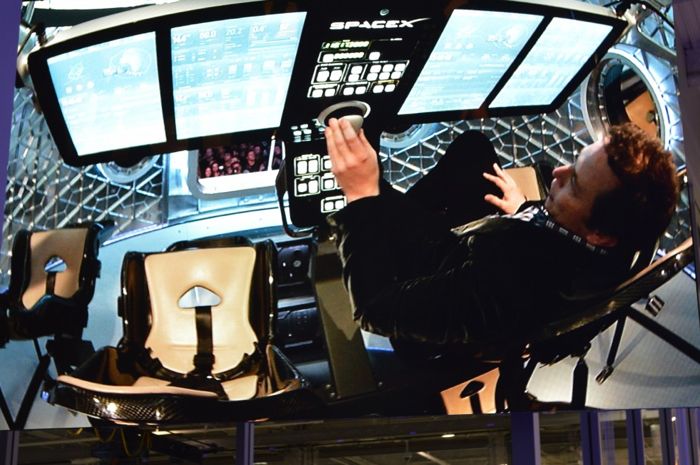 Elon Musk has also said that they expect to bring this cost down significantly in the future, as more flights are made, and he hopes to reduce the cost to single digit million figures in the future.

NASA had a target of using commercial space craft to transport people to the ISS by 2017, and it looks like Musk and SpaceX will meet this target, as he has announced that we can expect the first flights in 2016, a year ahead of schedule. The first flight will take off from the Kennedy Space Center.