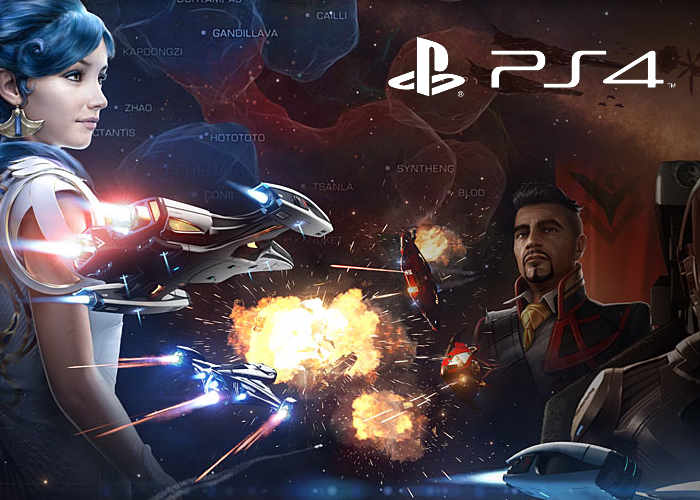 PlayStation gamers patiently waiting the arrival of the awesome Elite Dangerous space simulation and combat game on the PlayStation platform, will be pleased to know that David Braben Founder and CEO from Frontier Developments has today confirmed that the game will be launching on Sony’s PlayStation 4 during 2017.

Elite Dangerous was launched thanks to a successful Kickstarter campaign, and has been launched on PC for some time and brings with it support for virtual reality headsets. So expect PlayStation VR support to be included when the game launches sometime next year.

Braben explains a little more about the PlayStation 4 Elite Dangerous launch on the official PlayStation blog :

Elite Dangerous has been a wonderful project to be involved with, made by a great team here at Frontier. Its roots go all the way back to my first commercial game, Elite, first released in 1984 with Ian Bell, while we were both at university. Two sequels followed. Over thirty years later, Elite Dangerous is a huge step forwards from those games, but the principles are the same — do what you like and live life in an immense galaxy — and today you can play with (Or against!) friends and our amazing community as you travel the galaxy alone, together in a “wing,” or even fly aboard the same ship.

It’s great to come to PlayStation. When Elite Dangerous arrives on PS4 next year, we’re bringing the full game with everything in our Horizons season of expansions included, so not only can you fly your ship, but you can carry an SRV (Surface Recon Vehicle) in your hold, and charge around the surfaces of planets and moons at up to 100mph, finding materials, attacking bases, or seeking out hidden secrets with your friends.

When you progress far enough into the game to buy one of the larger ships, you might choose to carry a ship-launched fighter to help defend yourself; you can employ crew or even allow other players to help you pilot your larger ship. Craft special weapons with the Engineers, collaborate with the community, and engage in massive-scale community goals. Elite Dangerous is a game you’ll play your way.