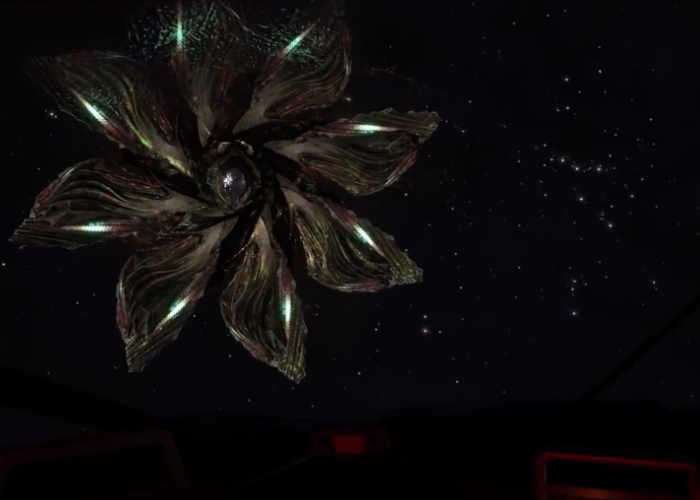 Elite Dangerous players hoping to make contact with alien civilisations will be pleased to know that the first contact has been made thanks to an Xbox One player by the name of DP Sayre.

Check out the a recording of the full encounter low to see the first glimpse of the alien race which has been tracked for over 18 months by following a trail of breadcrumbs left by the games developers Frontier Developments.

Eurogamer explains a little more about the trail to the alien race which was unveiled back in April 2015 :

Back in April 2015 Frontier boss David Braben alluded to the fact there was more to be discovered in the game’s vast world, sending players on a hunt for answers. They discovered mysterious artefacts and ruined spacecraft that hinted the Thargoids – an alien race that’s been a part of Elite’s history – were in Elite: Dangerous. After all this time, someone’s discovered an alien spacecraft that is most definitely not a ruin.

It began with a post on the Elite: Dangerous forum, published back in April 2015. A Commander called “Dr Arcanonn” had read a question and answer session with Frontier boss David Braben, in which he was asked it the game would eventually feature things to discover that were not stellar bodies.

His answer: it already does.

His interest piqued, Dr Arcanonn posted on the Elite: Dangerous forum to say that Braben’s comment meant the game had to feature something new, something hidden. Something alien? That post sparked what is now dubbed “the Threadnaught”, a gargantuan online discussion of over 100,000 posts. The Threadnaught is now in its ninth incarnation. At one point, it had grown so large it broke Frontier’s website.