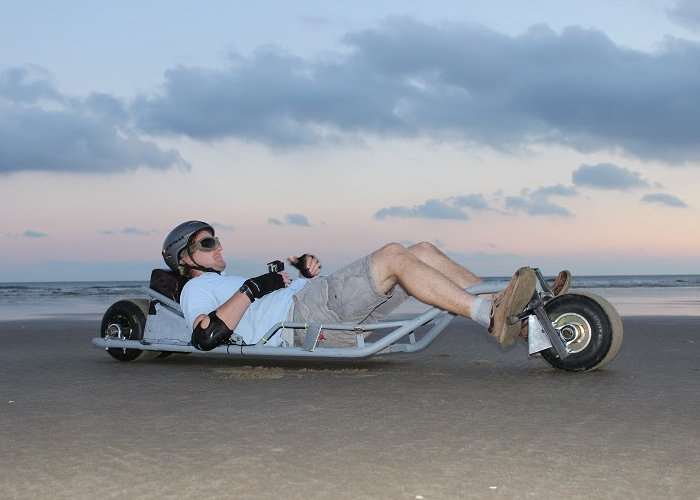 Using a little Arduino programming and hardware UK-based maker John Dingley from Swansea, has built a fantastic electric luge for use on his local beach. The electric luge has been inspired by the Land Speeders from Star Wars, and kite surfing amongst other things.

Watch the videos below to see the electric luge inaction which is powered by a 500W, 24V golf cart motor with power controlled by an Arduino development board. 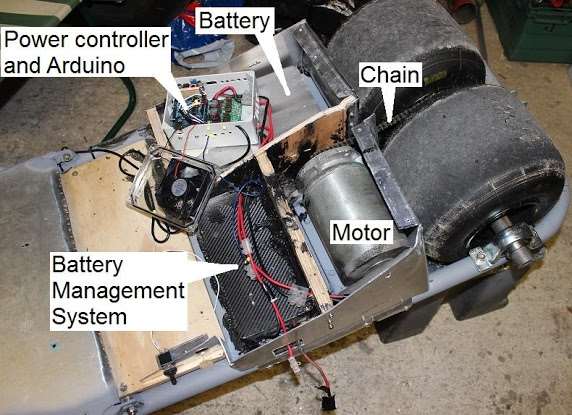 This project is an experiment to build an electrically powered thing (top left above) for use on long stretches of firm flat sand that will be a cross between a downhill luge board (see example below), a kite surf buggy, a go kart and a Star Wars Land Speeder.

Why do this? I used to own the yellow sand rail above many years ago which had a V8 in the back. Back then you could drive on beaches like Pendine Sands (South Wales, UK) which is several miles long. This was a big deal as historically several land speed records were set there by brave men such as Sir Malcolm Campbell in his beautiful Bluebird series of cars or John Parry-Thomas who lost his life in 1927 in the 27 litre engined Babs

More information on the project jump over to the official website via the link below.