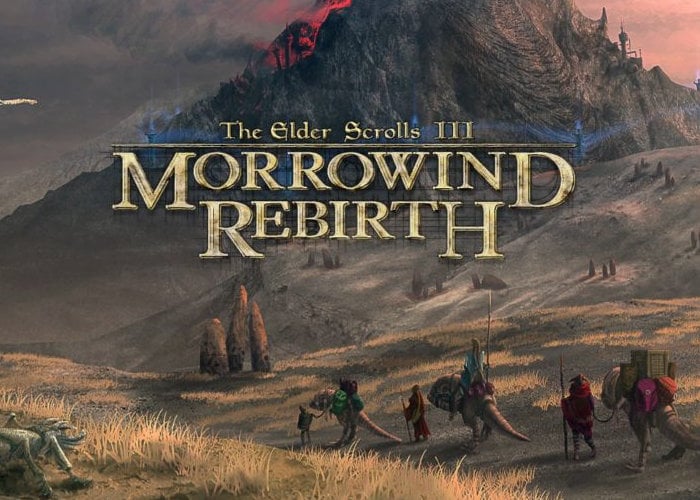 A new update has been rolled out this week for the Elder Scrolls III Morrowind mod Morrowind Rebirth. Version 4.9 brings with it a wealth of new additions including :

– a new Daedric ruin located in the ‘mushroom forest’, south of Dagon Fel.
– a river just north of Hla Oad, for a bit more landscape diversity.
– 10 new ‘latest rumors’ based on content introduced in Rebirth.
– 13 new collectable trading cards scattered around Vvardenfell.
– a ton of new Sixth House related models to the gameworld.
– Dwemer items and statics to Yagrum Bagarn’s hideout
– ton of clutter and architecture to Ald’Ruhn.
– ashmires to various areas of Vvardenfell.
– a small dock to Wolverine Hall.

“Hey guys! It has been some time since the last update, but as you will notice I’ve been quite busy. 4.9 is a massive update with changes all across the board. With the holidays coming up I wanted to release an update that felt really special, and I hope you’ll all agree when you’ve tried it out. As always check the list down below for more details.“

“Explore the island of Vvardenfell as you never have before, with a world built anew to be both alien and familiar to the Morrowind you knew before. New adventures await, with new exciting areas to see and explore, and new artifacts just waiting to be discovered. This is a complete overhaul for Morrowind, adding countless new details, weapons, armors and much more for you to see and do. Experience the world of Morrowind in a new light, try out Morrowind Rebirth today!”

For more information on the latest additions to the Elder Scrolls III Morrowind mod Morrowind Rebirth jump over the to the official mod page by following the link below.