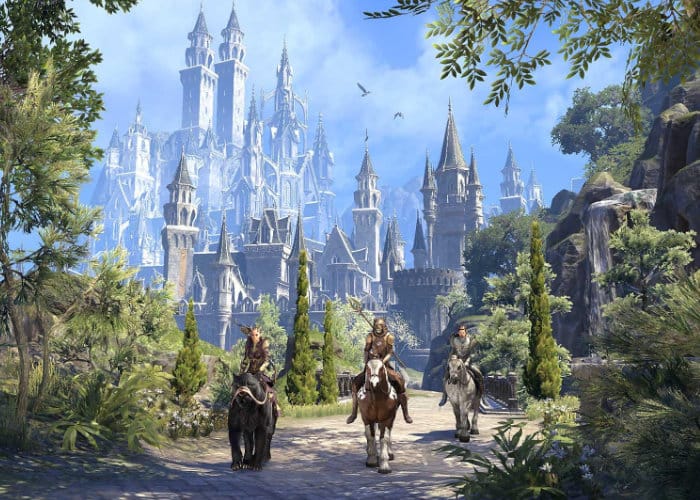 Those of you looking forward to the arrival of the new Summerset expansion for the Elder Scrolls Online multiplayer game on consoles, are sure to enjoy this new cinematic trailer. Released by ZeniMax Media to whet your appetite further before the new contents release on both Xbox and PlayStation consoles next month from June 5th, 2018 onwards. PC gamers are already enjoying access to the The Elder Scrolls Online Summerset expansion which launched yesterday on PC and Mac allowing early access to the Isle of Summerset, The Elder Scrolls: Arena and the home of the High Elves.

“By the decree of Queen Ayrenn, Summerset Isle is now open to foreigners, but a Daedric threat looms over the breathtaking home of the High Elves. Travel to the Summerset Isle, reunite with old friends, and unravel a shadowy conspiracy that threatens all of Tamriel.”

– Explore a whole new zone, Summerset Isle
– Experience an epic main story quest line, concluding the narrative that began in the ESO base game and continued through Clockwork City
– Join the mysterious Psijic Order for the first time in an Elder Scrolls game and explore their island home of Artaeum
– Learn a brand-new Psijic Order combat Skill Line, and wield powers over time itself
– Master a new Jewelry Crafting Skill Line
– Face the challenges of Cloudrest, a new 12-player Trial
– Take on new group PvE challenges, including the Abyssal Geysers

More details on purchasing options and editions jump over to the official Elder Scrolls Online website by following the link below.