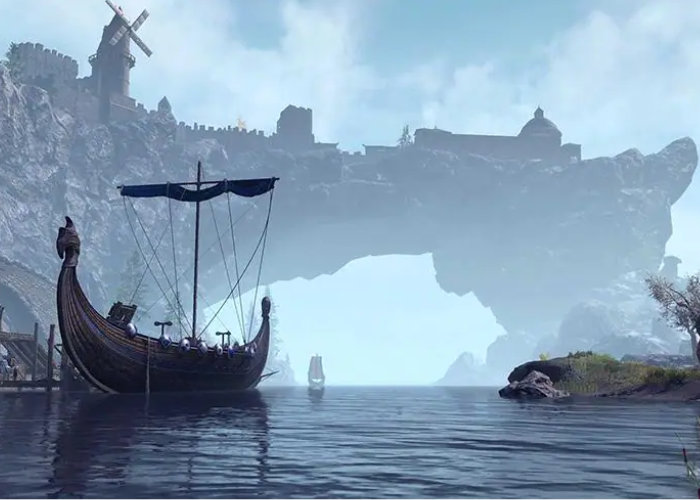 ZeniMax Media and Bethesda have today released more details about the upcoming Elder Scrolls Online: Console Enhanced Edition which will be launching on the Xbox Series X|S and PlayStation 5 on June 8, 2021. Providing for the first time the ability for gamers to enjoy the ESO game running at 60 frames per second when in “Performance Mode” on console, previously capped at 30FPS.

“Launching with the Blackwood Chapter and Update 30 on June 8th, the Console Enhanced allows ESO to run natively on the Xbox Series X|S and PlayStation 5, harnessing the horsepower of new-generation console tech to dramatically improve the game’s visual fidelity and performance on those machines. All new ESO players can access Console Enhanced immediately upon purchasing, and for existing customers, it is available as a free upgrade.”

“Currently, you can play ESO in backward compatibility mode on new generation consoles, but Console Enhanced represents a major leap forward for the game’s visuals and performance on Xbox Series X/S or the PlayStation 5. Here’s a short list of the improvements you can experience when you download the Console Enhanced version on your new machine:”

“Thanks to Console Enhanced, the game’s draw distance has almost been doubled for your new console, allowing you to see more than ever before when exploring the ever-growing world of Tamriel. In addition to Draw Distance, we’ve also unlocked the ability for new-gen consoles to use high resolution textures so that they look even better on larger screens.Improved antialiasing is also in place to help smooth out the jagged edges of foliage, grass, and structures in game while also sharpening these elements when viewed up close.”

“We’ve also improved visuals with the addition of planar reflections, providing a massive boost to the game’s level of detail and realism. This is most noticeable in areas with water (such as Vivec City or Summerset). Note that when in Performance Mode, the boost to reflections might vary in water-heavy zones (such as Murkmire) or in areas where performance is most valued (such as in Cyrodiil or Trials).”

For more information on what you can expect from the new highly anticipated Elder Scrolls Online: Console Enhanced Edition being made available for the Xbox Series X|S and PlayStation 5 on June 8th, 2021, jump over to the official ESO website by following the link below.