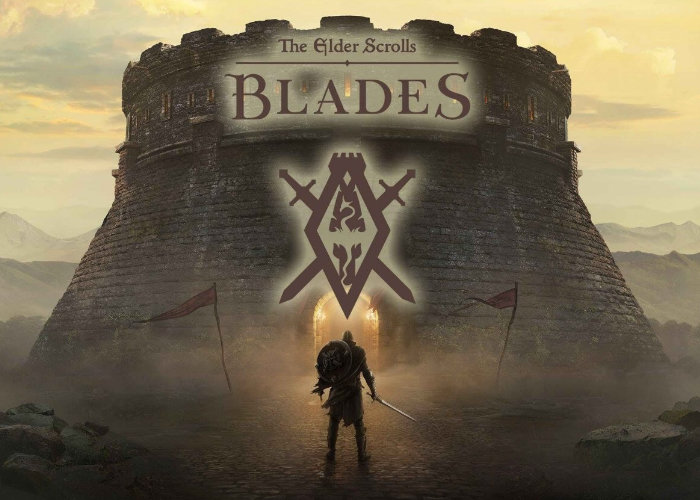 If you have been patiently waiting for the arrival of the mobile Elder Scrolls Blades game currently under development by Bethesda and first unveiled during Apple’s press conference earlier this year. You will be disappointed to learn that Bethesda has today tweeted that the release date has now been pushed back to “ Early 2019” for both the iOS and Android release.

The Elder Scrolls Blades mobile game was expected to launch during the autumn months of 2018 and will offer a free-to-pay action role-playing game played from the first person perspective.

The game has been specifically designed for mobile devices and features touchscreen combat that involves tapping, swiping or the use of virtual dual stick controllers. As you would imagine with any Elder Scrolls game players can equip themselves with a variety of many weapons, magic and ranged attacks.

The game allows players to openly explore the land and adventure into both procedurally generated and handcrafted dungeons. “Blades features three main game modes: Abyss, Arena, and Town. Abyss offers a roguelike experience in which the player must attempt to get as far as possible in an endless dungeon. Arena is a player versus player multiplayer mode in which two players battle against each other. Town is the game’s main mode, which is a hub area where the player can progress the story, receive quests and meet NPCs.”

As soon as more details are announced regarding a confirmed release date for the Elder Scrolls Blades mobile game on both iOS and Android we will keep you up to speed as always.

The Elder Scrolls: Blades will release in Early 2019 for iOS and Android devices. We are incredibly excited for you to play Blades and you can still sign up for Early Access at https://t.co/uuFPob6YWJ.