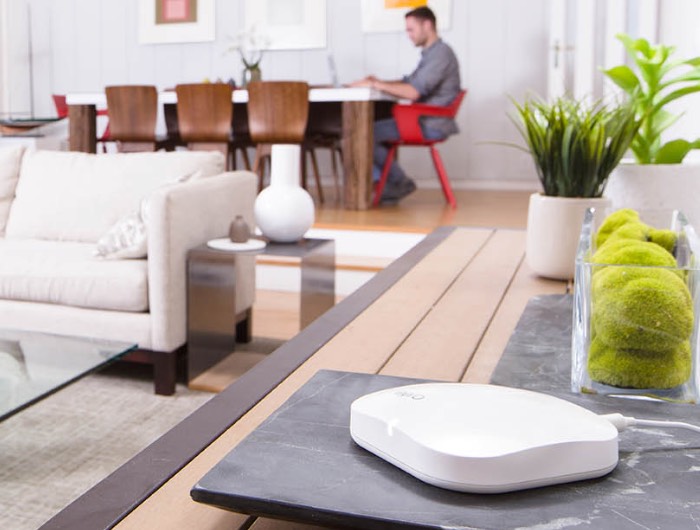 A new start-up company based in San Francisco have designed a new wireless networking system called Eero that they say is set to revolutionise the way home networks are installed and used.

The Eero wireless system has been designed to provide an easy way to setup a mesh network within your home or apartment to eradicate any wireless black spots you may be currently experiencing with your existing router.

By connecting multiple Eero routers together users are able to create a network that extends throughout their premises with ease and provide fast wireless connectivity wherever they may need it the most.

The new start-up company is aided by former Apple exec and Palm CEO Jon Rubinstein together with Fred Bould as the companies industrial designer, who has previously designed hardware such as the Google Nest thermostat and smoke detector, GoPro Hero3 and the latest Roku boxes.

The Eero wireless router is powered by a 1.0 GHz dual-core processor supported by 512MB of RAM, together with 1GB of internal flash storage, as well as dual WiFi connections for simultaneous 2.4 GHz and 5.0 GHz wireless support via 802.11 a/b/g/n/ac. 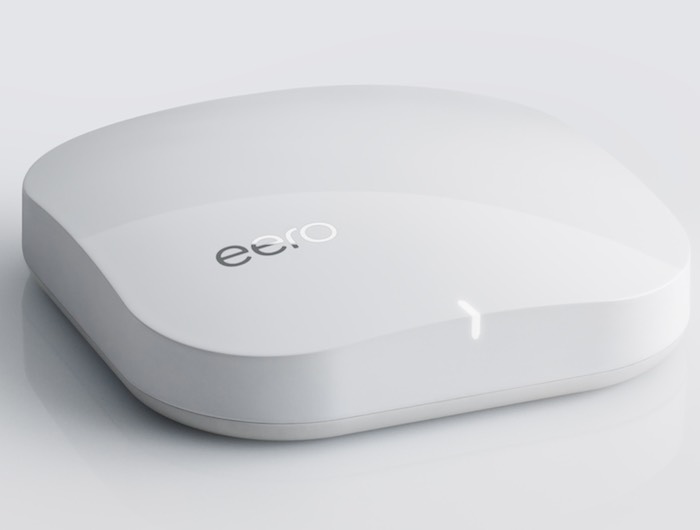 The Eero is also equipped with Bluetooth 4.0 and can be connected to smart phone and mobile devices to aid in setup and configuration. Eero’s CEO Nick Weaver explains a little more :

“As consumer devices change, we’ve seen two things happen,”-“First, streaming video is going through the roof. The number of hours, of people streaming content video in their homes is the highest it’s ever been.” Secondly, he says, there are more devices connecting than ever before. With these two things together, you’re never going to have one router cover multiple devices in one home — they just weren’t designed to do that, he says. “We need coverage that works, and we need to have a more distributed system.”

For more information on the new Eero jump over to the official Eero website for details via the link below.