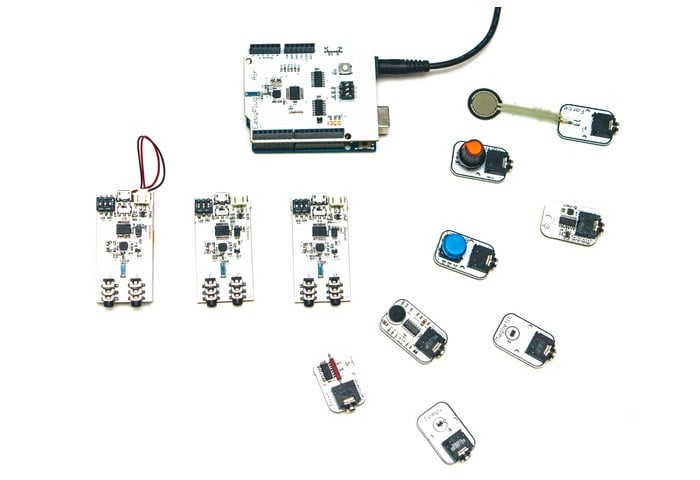 Makers, developers and hobbyists that are looking for an easy way to connect Arduino wireless sensors to an Arduino development board, might be interested in a new system that has been created by inXus interactive called the EasyPlug Air.

The EasyPlug Air system consists of a Arduino shield that can easily be attached to an Arduino development board and then communicates with up to three wireless connection boards to which your require sensors are attached. Watch the video below to learn more about this useful system for Arduino wireless projects.

The creators of the EasyPlug Air system say it takes just one minute to set up the wireless Arduino system and allows you to create a variety of wireless Arduino applications. Its developers explain :

“With EasyPlug Air it’s almost too easy to create wireless Arduino projects. You simply pick a sensor, plug it into your receiver and that’s it. On the Arduino end, the sensor looks just like an analog input. We provide example code if you aren’t familiar with using an Arduino.

Each sensor plug on the receive has a number next to it (0-5). This number corresponds to the analog pin on your Arduino. For example, when you connect a sound sensor into sensor plug #1, your Arduino will automatically start reading sensor data on analog channel 1. It’s that simple.”

The EasyPlug Air system project is currently over on the Kickstarter crowd funding website looking to raise $20,000 in pledges to make the jump from concept to production.