The new mobile provider EE which combines the  Orange and T-Mobile brands and currently only offers its services within the UK. Has today announced the launch of a new 4G tariff for power users that offers 20Gb of data usage for £46 per month.

EE’s superfast 4G packages offers users speeds typically five times faster than 3G, says the company, but as always this will depend on coverage throughout the UK. 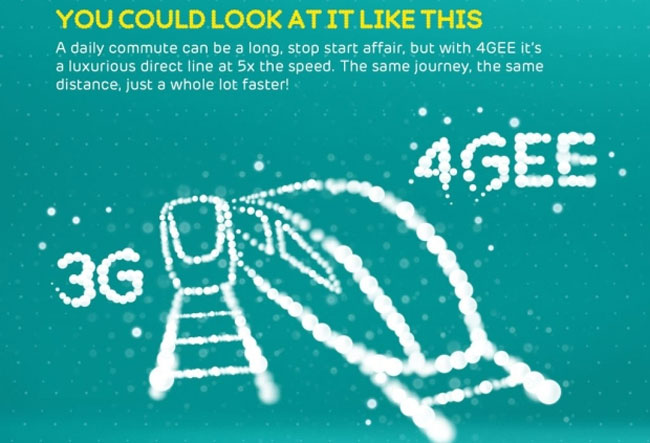 EE’s 4G service will be rolling out to 35 towns and cities across the UK by the end of March 2013. The new  20GB plan launching today, is available on a 12 month SIM-only plan at a special rate of £46 per month, if you sign-up before the 28th February.

EE explained in their press release : “As a special promotion from 31 January until 31 March, a range of entry-level 4GEE plans is being introduced. For only £31 per month on a 24 month plan, customers receive unlimited UK calls and texts, and 500MB of mobile data, as well as the option to choose from a range of 4G smartphones for a one off fee such as the HTC One SV LTE or Nokia Lumia 820 which are available from just £29.99 (a saving of £90 on existing EE deals).”

For more information on the new 20GB Package and more jump over to the EE website for details.